Today, apropos nothing, right in the middle of running errands, I turned around and kept driving west for an hour and a half until I saw salt water. The warm breeze at Cannon Beach was gossamer, the sun was cranked down a few SPF levels by high clouds, and the beach was relatively empty, what with all the families ensconced back in Portland on a school day. I felt like an evil genius. 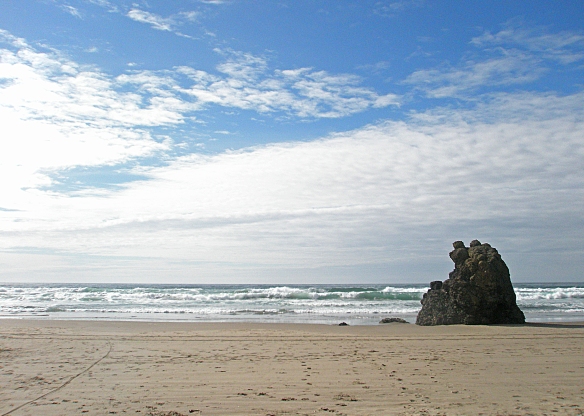 I fell into a walking meditation between the foam and jetsam of high tide. Grey sand fleas jumped around me like popcorn as I passed over their tiny burrows. Seagulls eyed me coolly and goosestepped around shipwrecked jellies and crab shells. The only sound was waves. Tolovana Park is where you go to be undisturbed.

By the time I reached Jockey Cap rock, the sun had worked its magic and all I wanted to do was lie down. I scouted the flattest slab of sedimentary possible, far away from the seaweed and the fleas, draped myself over it, and watched my eyelids slam shut. The soft wind gently traveled up my pants legs and down my collar like a massage. 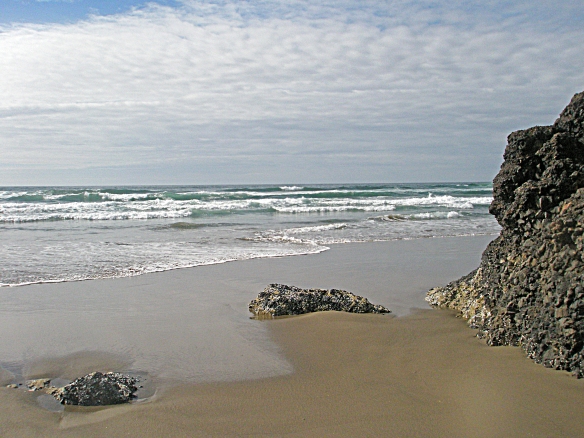 Intuition compelled me to rise and head back after only ten minutes. I looked to the sea and got my answer–whale spouts! Rare on a good day, spouts are the beach goer’s delight. There was a pair of something large out there moving up the strand with me, blowing salt water and CO2 straight into the air every twenty seconds. I kept my focus on them as I walked, holding a hand up to shield my eyes until my arm shook. Then, an unmistakable black hump lurched into the air and slid back under the waves.

“Admiral, there be whales here!”

This called for a better vantage point. I scurried up the grassy part of the beach and sat next to a local couple on a bench hewn from half a log. “Did you see the whales?” we asked each other in unison, then laughed together at some tourist down in the sand who thought they were orcas. Everybody around these parts knows a humpback whale when they see one. And, anyway, if a telltale black dorsal fin suddenly sliced the sky, there’d be a lot more running and screaming on this beach than pointing and grinning.

We watched scoops of pelicans (a flock of pelicans is called a scoop; now you’re smarter than yesterday) plunge-dive into the waves like brown javelins, then bob back up like corks. They seemed to be congregating in thick squadrons (yeah, they’re called squadrons, too) on the surface of the water near the whales, just hanging out. But my binoculars told a different story:

“Those aren’t pelicans, those are flippers! They’re seals!”

A local named Rob chuckled and said, “Yeah, they do that. They form seal flotillas.”

I had to look that one up when I got home. You’re not gonna believe this:  When sea lions feel a powerful nap attack coming on and there’s no suitable haul out around for them to bask on, they cluster together in the water in Rob’s flotilla formation and catch 40 winks. If the water’s a tad chill, they each raise a flipper to catch the sun in an act of thermoregulation called “sailing.” When they all do it at once, it looks like a weird patch of spiky seaweed or a pod of pelicans. (Yup, pods, too.) It’s called rafting and it’s the damnedest thing I ever saw. 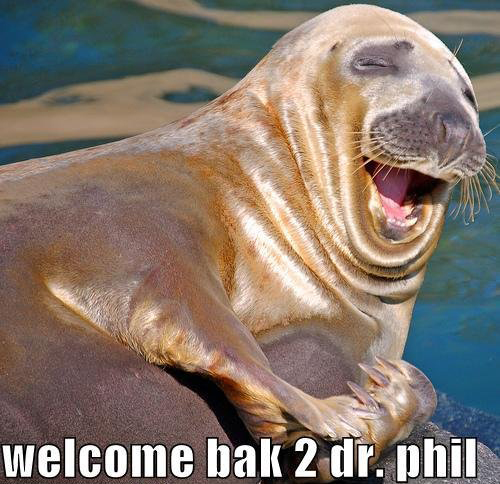 For the next ten minutes we watched all sizes of cetacean shoot whale snot ten feet high from Jockey Cap to Terrible Tilly. Sometimes they coordinated a simultaneous blow like a nasal fireworks display. The locals said they’d never seen whales so close before and never so many. There’s a reason for that. Rob’s wife eyed my binoculars with thinly veiled envy.

Spouts turned to snouts when the humpbacks began bubble net feeding. Just a few thousand feet from shore in less than 150 feet of of wiggle room, these guys were performing 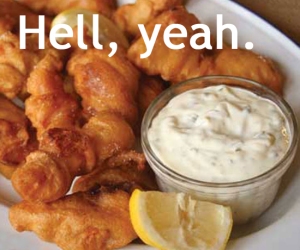 a deep water feat with staggering precision. It was probably sardines or anchovies because the seals and pelicans were excited, too, and nobody gets that excited about shrimp, not even with tartar sauce. Okay, maybe with tartar sauce.

Without warning, an entire whale tail rose up in all its humongous, glossy, wet glory. Whoever owned it held it vertically for several beats like a runway model pausing on the catwalk. We hooted and clapped and one of the locals gave me a high-five. I told her, “All I need now is to see a full breach and I’ll be happy!”

That’s when they started breaching. I shit you not.

Nose up, fins out, turn to the side…ka-POOOSH! Then another one. Then, three at once, then two more. They just kept going and going. It was a humpback whale rave. We squealed and yelled and fist pumped each performance like Seahawks fans on Red Bull. I got more high fives. Several whale generations were heaving themselves into the air and landing right in the silver glare of a setting sun as if it were a spotlight.

They followed it all up with a hearty round of flipper slapping on the surface. Even from this distance, my brain could easily work out just how monstrous those flippers were. If one ever came down on my truck, my comprehensive insurance would be activated from bumper to bumper. Humpbacks have incredibly long flippers, up to a third of their total body length. Their scientific name, Megaptera, means “large-winged” and they are built for speed and hydrodynamics. They’re the sports cars of the deep. 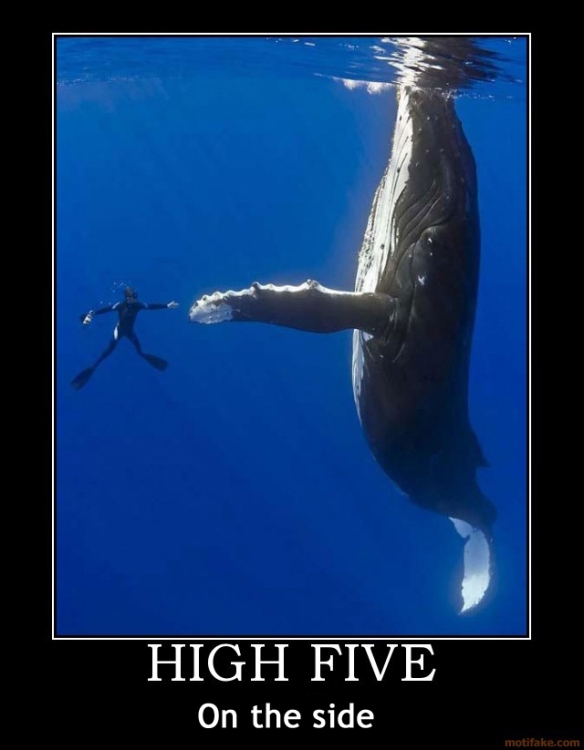 Then it was over. The froth disappeared, the waves settled. Like closing time at the Hardrock Cafe, everybody just turned out the lights and left the room. Deflated but still grinning, the locals and I lingered to admire two massive sun dogs on either side of the late afternoon sky. I told them this could mean a decent sun pillar at sunset and to keep their eyes peeled.

Driving home, I adjusted my side mirror so I could watch that sun pillar bisect a yellow, then orange, then purple sky behind me. In the dark ahead was a bright crescent moon so sharp it could cut paper. That night, I slept like a seal in the sun.