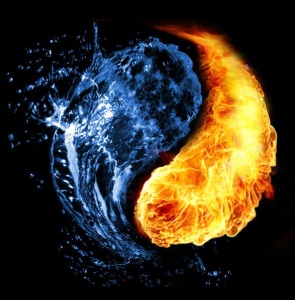 Living as a paradox is tricky. When you are equal parts fire and water, the world doesn’t so much rise to meet you as shrink away from you into dark corners to sip cheap Chardonnay until you get bored and leave. (That’s really just the introverts; I enjoy tapping on the side of their tanks and watching them swim around in erratic circles.)

I am what metaphysicians call an “unstable combination of elements,” but then so’s an Irish Coffee. Both fun. My conversation flows like a river while my hands dance around like flames as I talk. I’m a scorching adrenaline junkie constantly swimming between multiple projects in a fluid choreography that I call intuitive and others call “So, when are we gonna eat, already?” 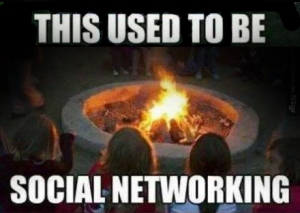 It’s no surprise then that a long-held dream of mine has been to have a bonfire on the beach. Hot embers pressing a soft blanket of heat around my body while cold sea air invigorates my face? Sold! But in eleven years of Oregon beachcombing, I have yet to find anyone who wants to haul firewood with me and blow on kindling. Turns out, I didn’t need to.

The way to survive Memorial Day weekend without becoming a local news story that ends with the words “…before turning the gun on herself,” is to do it all on the Thursday prior. An impromptu mocha rush and chat with Canadians at Sleepy Monk Coffee in Cannon Beach fueled a road trip down the coast to a fine panoramic view from the Cape Meares lighthouse. (monster pano)

On the return trip I played a game of Duck, Duck, Goose with about twelve beaches until I settled on Arcadia. It’s tough to find an empty spot along Oregon’s 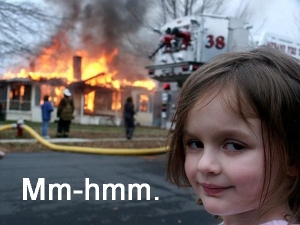 beautiful coastline: If you’re purdy, you’re popular. Halfway down to the water, I smelled the most heady and intoxicating perfume a fire sign can inhale: wood smoke.

Pyromania immediately set in. I assigned a poking stick, assessed the wind, nudged the coals together, erected a wood structure around them to maximize heat concentration, dragged giant driftwood logs closer for seating (my rotator cuff liked this part least of all), and scrounged all the dry fuel I could carry. Even in the rain, that sucker blazed right up. 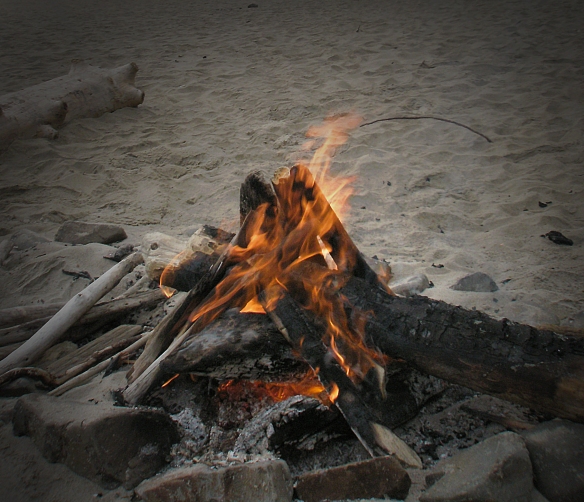 I plunked down on a log, popped open my umbrella, and absorbed tangy woodsmoke and sweet ocean air directly into my soul for a good, solid hour. An advancing tide rumbled deep bass notes while the tap, tap, tap of rain played timpani on the umbrella. Various seabirds attended. The Whimbrels were very organized. 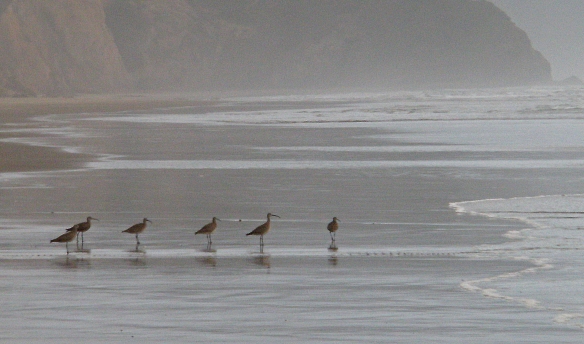 But the committee broke up frequently for snack breaks. 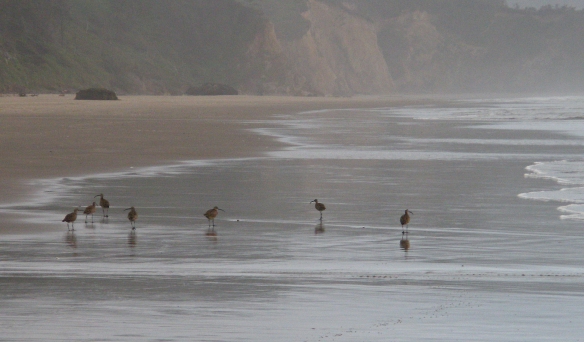 About thirty minutes in, it dawned on me that all this could be measurably improved upon with cocoa, marshmallows, and a pair of large, burly arms wrapped around me as a deep, sexy voice whispers in my ear those words that never cease to stir my passion and inflame my desire: “I’ll get more firewood.” 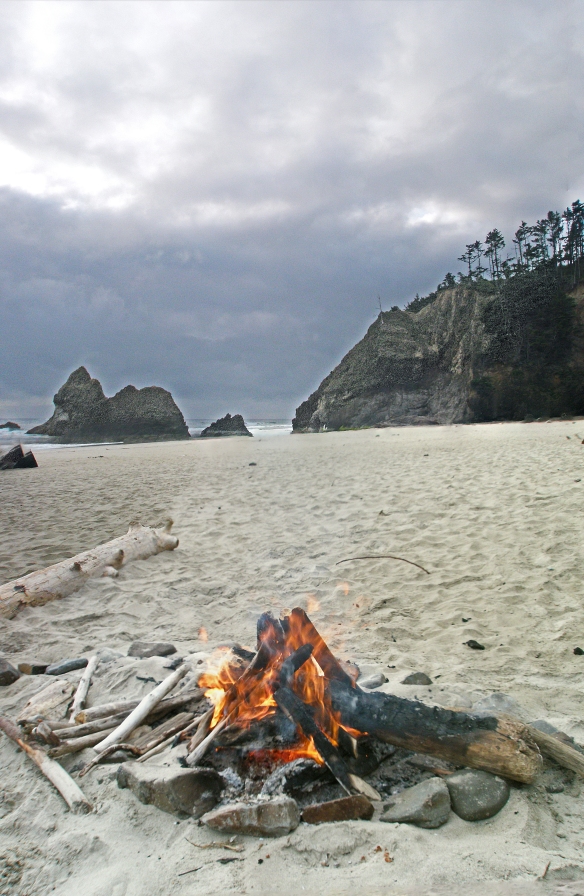