Portland, Oregon doesn’t have a winter, it has a seven-month-long rainy season, and it comes in like a lion…a smelly, dripping, flat-furred lion. We go from “Is there a nip in the air?” to “Damnit, I left the car windows open!” in the space of a week. Mother Nature wears one of those daisies on her lapel that squirts water.

Our moisture runs the gamut. It rains, sprinkles, drizzles, dews, mists, fogs, frosts, drips, graupels, and occasionally snows. Nobody carries an umbrella because our precipitation has learned to travel sideways and hit us below the belt. Mildew is our state flower. 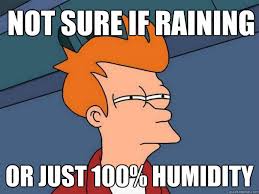 As a polar mammal, I become positively ebullient below 60 degrees so I take the rain that comes with it in stride. I can layer winter clothes with the best of them and if that includes waterproof gear, so be it. But humidity is a whole ‘nother bottle of Xanax. I don’t like sticking to the air.

The Wapato Access Greenway State Park, or “that other trail on Sauvie Island” is a fine way to inhale the sweet, musty smells of autumn and take in the colors with minimal water damage to one’s socks. The trail is short, wide, mostly gravel, and sports a few wooden birdwatching decks.

I hit it on a Friday afternoon before the school buses vomited out their squalling masses. The temperature was perfect. Nimbostratus lumbered by overhead in swatches of grey while fractus chased itself around below. It was so humid you could slice the air with a cake knife.

Gigantic bigleaf maple leaves layered the trail, damping my footsteps, but one of my boots was squeaking. I could hear it…squeak…squeak…squeak. I paused. The sound continued all around me. Squeaks were answering squeaks. When I leaned down to photograph some mushrooms, one of the squeaks hopped away….

Pacific tree frogs. They were tiny but if they had sharp teeth and poison, this would’ve been a horror movie: There were thousands. If you stood still, leaves started scrambling and leaping in crazy directions around you. I used the break to adjust my sweaty t-shirt.

The frogs’ sliminess attached them handily to everything they aimed at, they were like little brown suction cup missiles. There was some kind of suction keeping my t-shirt connected to my back.

coil, but he slid away a nanosecond before I could hit the shutter on my camera. It’s like they know.

When I passed into an open area, a gliding Red-tailed hawk screamed directly overhead. He was gorgeous. He did loop-de-loops around the tops of golden alders and orange oaks, looking for snack food.

The wooden duck blind at Virginia Lake revealed zero ducks and just as much water. 2015 was an effin’ hot summer, it dried everything up. The only moisture now on the island was squeezing out of the air. And my palms. 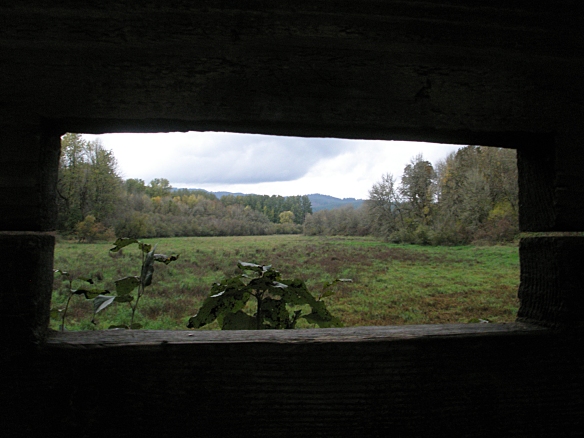 I sat on a little bridge spanning an empty creek and hoped the slight breeze would dry a few things out, like everything I owned. The dew point was so high, the glass on my binoculars fogged up. If a sudden cloudburst drenched me to my core at this very moment I’m not sure I would have noticed. 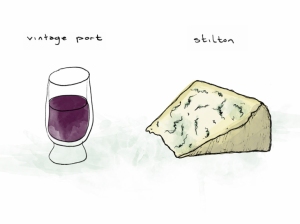 I made it back to my vehicle with a lot of shuffling and muttering, guzzled down every last ounce of water I had with me, and drove straight home to the relief of a long shower and a short glass of port. Okay, a tall glass of port.